I have two azaleas. One fairly large one in a bed and a smaller potted one…and they have just both burst into bloom!

The large one is called Cannon’s Double. It has deep pink buds that open to lemony cream flowers in May. I’m not normally a fan of yellow (except for daffodils). My garden is primarily green and white with splashes of pinks and purples. There’s a touch of blue in the form of two ceanothus trees. No yellow. But this azalea is just gorgeous and I love it. 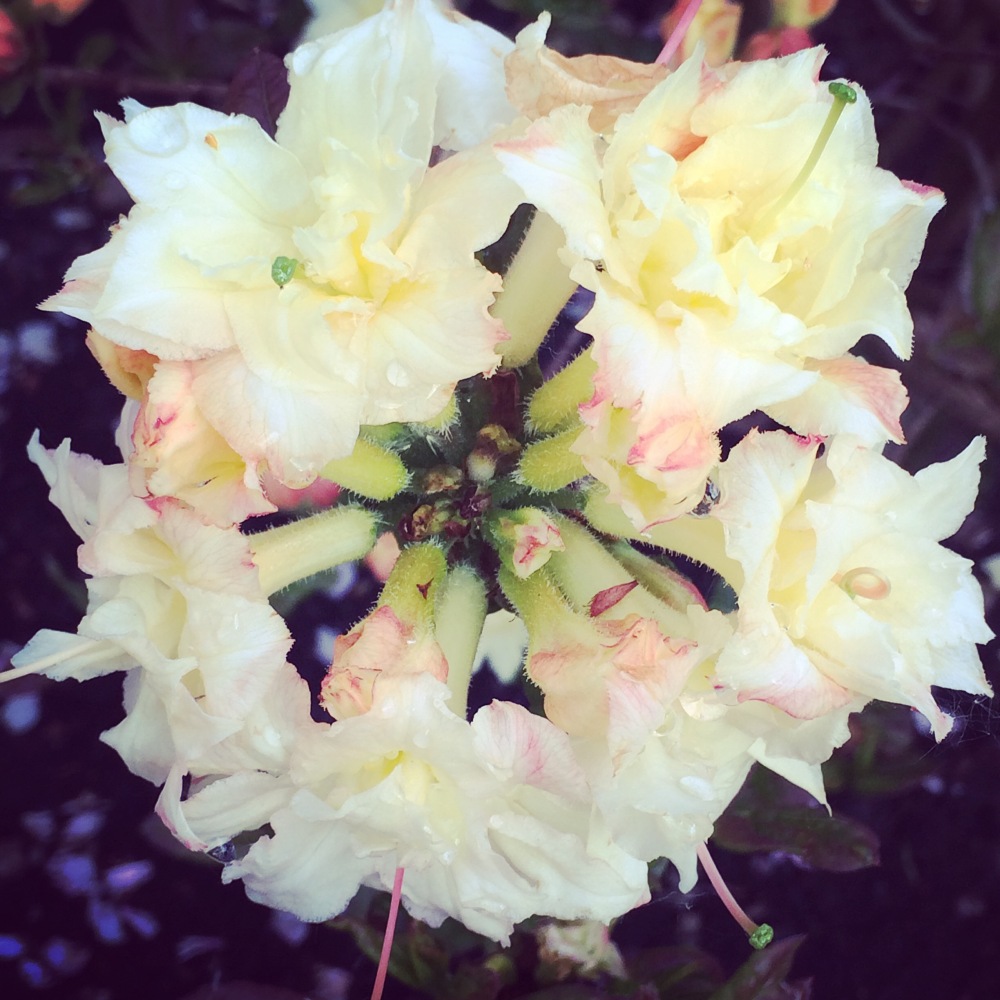 I can’t remember what the smaller azalea is called. I bought it last year, stuck it in a pot and forgot all about it. But it’s now exploded into bright pink flowers and makes me feel all summery. 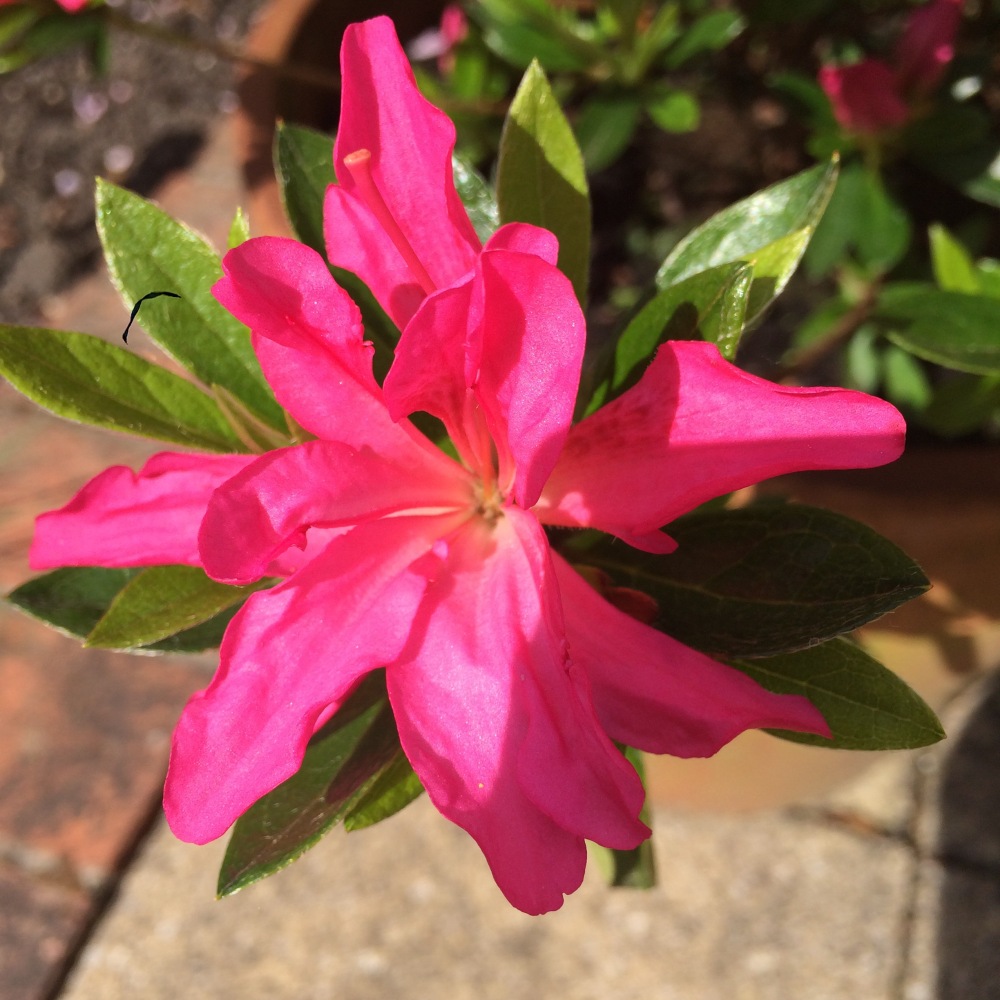